‘Please pray for peace for Ukraine’ 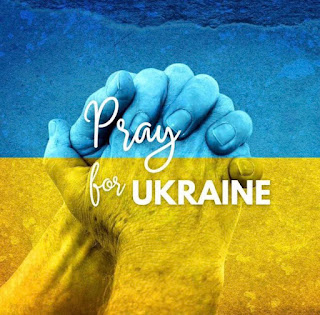 The Church of England congregation in Kyiv, capital of Ukraine, has asked Anglicans to pray for peace.

Christ Church parish has been overwhelmed with support by messages from across the world.

“I would like to thank to all our friends from the Anglican Communion who wrote and called us during last few days to express their support and solidarity in prayer.

“There are too many to mention by name, but just to mention some congregations from across the UK, Brussels, and in Moscow.

“Our thanks also to the Diocese in Europe and the Canterbury Cathedral Garden Congregation for their special prayers for a peaceful settlement in the last week.”

The congregation of Christ Church meets in the German Lutheran Church in central Kyiv. Born out of a small prayer group, the parish moved to its current site in 2001.

With the support of the Diocese in Europe, the congregation has relied on locum (or non-permanent) priests although is hoping for a more permanent solution.

With a regular community of between 10 and 22 people, Christ Church draws its congregation from across the world and Ukraine.

“We are still meeting regularly,” she said, despite embassies calling for foreign nationals to leave.

“Ukrainians have no other options: this is our land, and we are read to stand for it – and for our identity as well.”

Conflict in Ukraine began in 2014 following democracy protests in Kyiv.

The later invasion by Russia, the seizure of Crimea, and the support of separatists in Eastern Ukraine have destabilised the region.

It is now estimated tens of thousands of troops are massed on the border.

“Of course, we are scared. But we are better prepared than eight years ago,” Christina said.

The parish, which sits less than 20 minutes-walk from the famous Maidan Square, now continue to ask the global Anglican community to join with them in a prayer for peace.